Since its founding in 1996, Amazon has grown tremendously every year. And with the massive growth comes the need to employ more people. For instance, as of 2022, the company has over 1.2 million employees.

And when companies get as large as Amazon, they undoubtedly receive a lot of job applications. And to make choosing the perfect employee an easier process, Amazon conducts a background check on every applicant they consider.

However, background checks during recruitment aren’t a process exclusive to Amazon. Other large companies like UPS, Uber, and Lyft conduct them as well.

And to be fair, the word background check sounds extreme, so if you’re considering applying for a position at Amazon, and don’t know what to expect about the background check, keep reading to learn all about it.

Background checks are the second to last step of recruitment at Amazon. Accurate Background, a third-party company, takes a look at your criminal record, driving record, education details, and credit score.

However, because of the fair credit reporting act, they can’t look at any records older than seven years.

For starters, they receive a lot of applications. And while everyone sounds great on a CV, Amazon prefers to know everything about their applicants to make a calculated decision on who they choose to employ.

The second reason is trust. A company that handles valuable goods all day can’t hire people with a past full of crimes like theft. And finally, they conduct background checks to ensure the safety of their employees. A person with violent crimes in their past is a potential danger to everyone they work with.

Does Amazon Itself Conduct the Background Checks?

Amazon is a versatile company, focusing on e-commerce, cloud computing, artificial intelligence, and digital streaming simultaneously. However, digging into people’s pasts isn’t one of their specialities.

Therefore, they hired a company called Accurate Background which specializes in conducting background checks. They don’t exclusively work for Amazon, though. They also provide their services to other mainstream companies.

However, in the case of bankruptcy records, they can look back as far as ten years. 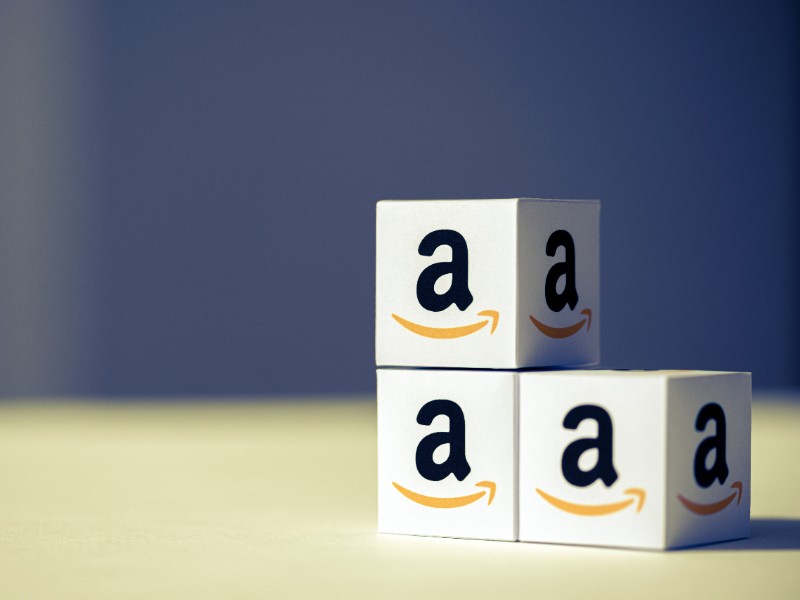 You’d be mistaken if you thought Amazon would only be looking at your criminal record during a background check. Instead, they quite literally uncover everything there is to know about you during the last seven years.

After they’ve asked for your consent and social security number, you might be wondering what information the background check uncovers. So we made a list to answer all your questions.

When you apply for Amazon, it’s standard that you give them some identification, such as a copy of your driver’s license. So the first step of the background check is to make sure you are who you’re claiming to be.

It’s safe to say that any issues that come up with verifying who you have instantly disqualified you.

They Look at Past Criminal Activity

To ensure the safety of its visitors, customers, warehouse employees, and partners, Amazon looks at each applicant’s criminal record.

They usually disqualify anyone found with violent crimes on their criminal record since they are seen as a potential danger to the people they work with. It’s also possible that some employees would no longer feel comfortable working with a person with violent tendencies.

Amazon Flex is an initiative that hires delivery drivers that use their personal vehicles to deliver packages instead of company trucks.

When applying for Amazon Flex, you go through the same recruitment process, except that the background check will include your driving record.

Amazon wants to ensure that the people handling the packages are responsible drivers since a lot of packages can be fragile.

This is one of the ways Amazon investigates the accuracy of your CV. For example, when employers are looking to hire, the vacant position might require a certain education and a specific set of skills. And what many people do is lie about having received the appropriate education to get the job.

So to ensure they’re hiring the perfect person for the job, Amazon looks at your previous education to make sure you weren’t being dishonest on your CV.

An applicant with a poor credit score can be disqualified for that reason alone. However, you should know that some states like California, Nevada, Vermont, and Washington don’t allow employers access to their applicants’ credit scores.

For obvious safety reasons, and to provide a comfortable environment for everyone working there, Amazon ensures that everyone they hire has a clean history when it comes to sexual offenses.

And while it’s possible for Amazon to hire people who committed crimes in the past, it’s a guarantee that anyone found with a history of sexual offenses will be instantly disqualified.

They Do a Reference Background Check

Some people try to increase their chances of being hired by boasting about all the other places they worked at before applying for a position at Amazon.

So to make sure the CVs aren’t too good to be true, Amazon does a reference background check on all applicants and contacts an applicant’s previous places of work to ensure there was no dishonesty on the CV.

You’ll Have to Take a Drug Test

Not only do you have to do a drug test to complete your recruitment process, but even after getting the job, you can expect to take a drug test annually. Failing one can get you fired.

The drug test Amazon uses is pretty standard. It’s where they take a mouth swab and test it for recreational drugs like marijuana, methamphetamine, and cocaine.

What Could Get Me Disqualified on My Driving Record? 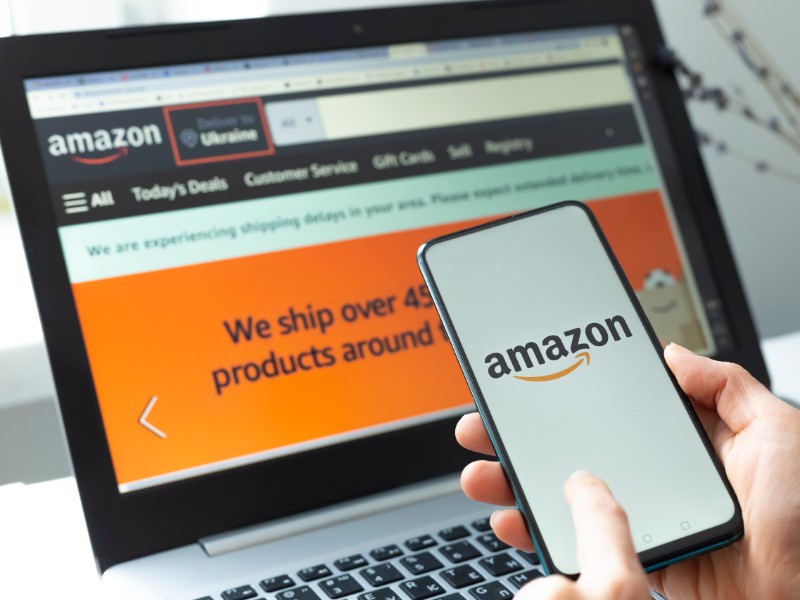 As previously mentioned, applying for Amazon Flex means you consent to have your MVR (Motor Vehicle Report)  looked at as a part of the background check.

However, does that mean that anything found there can cause you to be disqualified? Not necessarily. For instance, if you’ve been in a few fender benders over the years, that wouldn’t be a problem since those happen to all of us.

So you might be wondering, what moving violations can get me disqualified?

Driving Under the Influence

If driving under the influence doesn’t appear in your criminal record, it will surely show up on your MVR. And no company would ever hire a person with a DUI as a delivery driver.

DUI is not only dangerous to the delivery driver, but it could also pose a danger to company property like the delivery truck or packages.

A Long History of Accidents

If you have a long history of constantly getting into large accidents, you shouldn’t expect Amazon to trust you with their loyal customers’ packages. It’s highly likely an application will be rejected based on recurring accidents in the MVR.

Driving violations include speeding, running red lights, driving with a suspended registration, and more. Now, having a few speeding tickets on your record is no problem. However, committing frequent violations or getting fined continuously shows Amazon that you’re not responsible enough to deliver their packages.

The fact that a person has gotten their license suspended a few times tells you enough about them as a driver. Amazon looks for responsible drivers who deliver their packages from point A to point B with as little hassle as possible.

Does Amazon Instantly Disqualify an Applicant With a Criminal Record?

Criminal records contain a lot of information. It contains everything from getting arrested for a minor offense to serving years in prison after committing a felony. So a question presents itself here. Are Amazon’s recruitment teams looking for people with 100% clean histories?

In other words, can someone with a criminal record be hired at Amazon, or does the tiniest criminal offense instantly get you disqualified?

Misdemeanors can be thought of as the less significant crimes. They’re still against the law but not as serious as some other offenses. To clarify, misdemeanors can be anything from minor drug offenses like possession to trespassing, vandalism, and other victimless crimes.

On the other hand, simple assault, battery, and minor sexual crimes still fall under misdemeanors. And considering that Amazon doesn’t hire people with violent crimes, you can still get disqualified with a misdemeanor.

The answer isn’t a hard no. But it’s still highly unlikely that Amazon would hire people with felonies. But, again, it depends on the felony. Violent felonies aren’t hired, but non-violent ones like tax fraud and counterfeiting can be considered for a temporary position to see how things will work out with the ex-felon.

Under normal circumstances, Accurate Background, the company that does Amazon’s background checks, takes anywhere from two to five days to complete. However, that’s in the case of a clean criminal record since those are typically faster to uncover.

Why Are They Taking So Long to Complete My Background Check?

How long a background check takes depends on the circumstances of your past. For example, Accurate Background could take longer to complete your background check if you have an outstanding criminal record. So instead of waiting five days, you could wait up to double that time to receive an answer from Amazon.

Inquiring About Your Background Check Status

Some people freak out after eight, nine, or ten days without hearing from Amazon. So they assume their application has been rejected. However, that might not always be the case.

If it has been less than ten days without hearing a reply, you can reach out to Accurate Background to ask why your background check is taking so long. They’re sure to give you a straight answer.

Does Amazon Instantly Disqualify an Applicant With a Positive Drug Result?

In the past, applicants were disqualified due to marijuana use. But recently, Amazon announced that they would no longer be testing its applicants for marijuana use, and marijuana use will be treated the same way as alcohol.

Also, in case of failing the drug test, the company doesn’t keep a record of your results or report them to other companies. So you can work on getting yourself clean, and then you can re-apply to Amazon or other companies.

How to Know if I Passed the Background Check?

After passing the background check, you will receive a message from Amazon telling you the good news. Also, if you’re using Amazon Flex, you can look at the application, and there should be a green check mark indicating that everything went smoothly.

If they find that the dispute was justified, you can re-apply to Amazon.

Conduct a Background Check on Yourself

Many people like to conduct background checks on themselves before applying for a job that conducts one on them. This is so you can expect what answer you might receive or know what’s out there so you can be honest and transparent during the job interview.

You can either go to a background company and use their services or do a quick background check on yourself on various online sites.